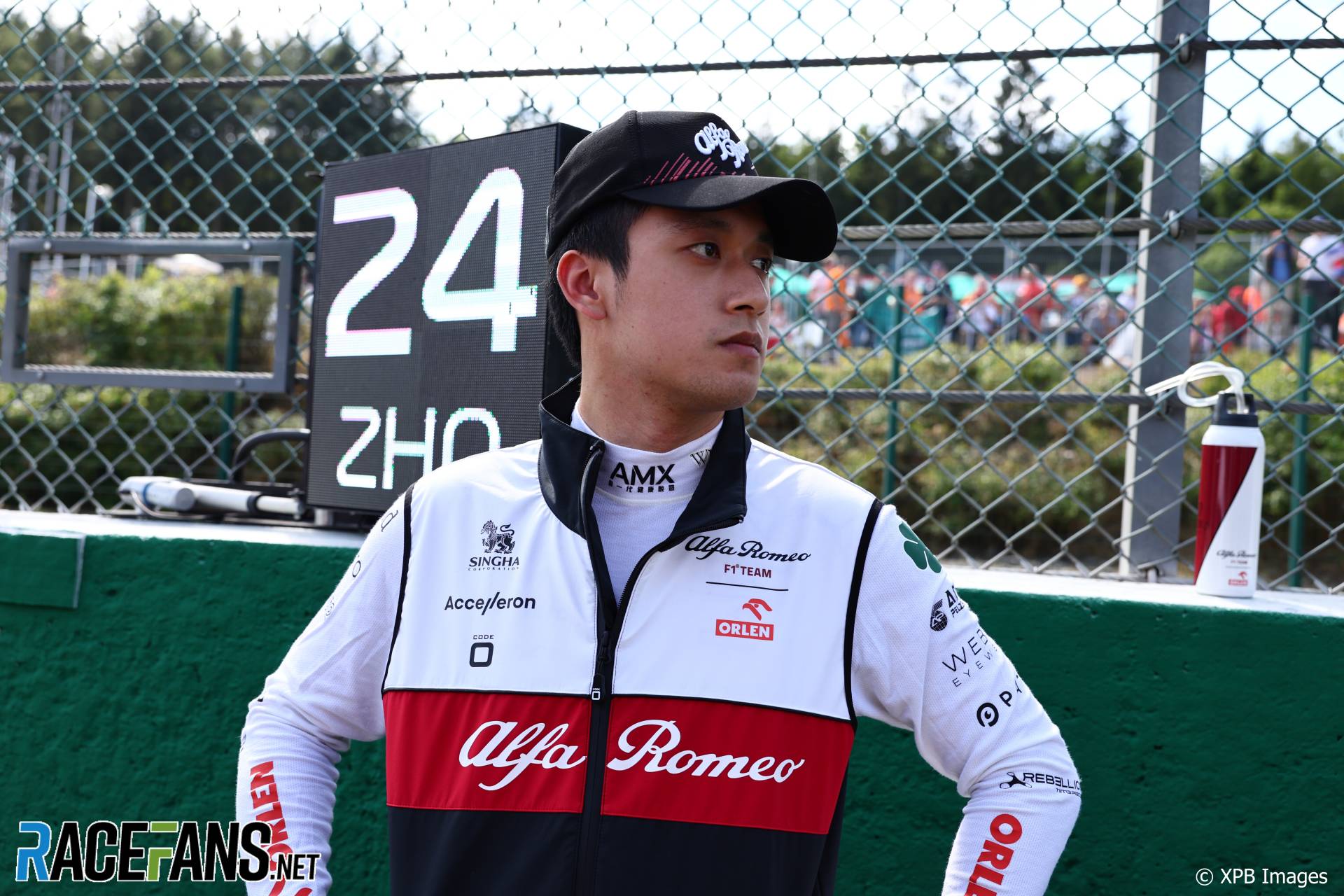 Zhou Guanyu was confirmed as the first driver from China to race in Formula 1 when he landed a seat with Alfa Romeo for the 2022 championship.

Born in Shanghai, Zhou attracted the attention for the Ferrari Driver Academy which backed his move into single-seater racing in Europe. He made a successful start, winning three rounds of the Italian Formula 4 series in 2015 on his way to second in the standings behind Ralf Aron.

He spent the next three years in the European Formula 3 series, moving to Prema during his second season and placing eight in his two campaigns for the Italian squad. Following that he parted ways with the FDA and was picked up by Renault for their F1 driver programme.

Zhou graduated to Formula 2 with the Virtuosi squad and performed well under difficult circumstances in 2019. Fellow Renault junior Anthoine Hubert was killed in a crash at Spa-Francorchamps, and Zhou won the newly-created Hubert award for top rookie driver in the series at the end of the year.

Seventh in the 2019 season, he remained with Virtuosi the following year and took sixth in the pandemic-disrupted championship. Zhou claimed a breakthrough win in the sprint race at Sochi. He should have won the opening race of the season however, having led from pole but suffered a technical problem following his mandatory pit stop.

He got his third year in the category off to a strong start by winning the first feature race of the season from pole position and following it up with victory in the sprint race at Monza. A further feature race win followed at Silverstone but Zhou was unable to prevent Oscar Piastri overhauling him to take the championship lead with six races remaining.

Following Renault’s rebranding as Alpine, Zhou made his first appearance for the team in an official F1 practice session at the Austrian Grand Prix. With no room at the team for him in 2022, he was picked up by Alfa Romeo to join Valtteri Bottas at the squad for the following season.

Zhou scored a point on his F1 debut in the 2022 Bahrain Grand Prix but struggled to reach the top 10 in the races that followed. After two 11th-place finishes he then suffered three retirements through mechanical faults.

He bounced back to finish eighth in the Canadian Grand Prix, but quite literally fell back to earth in the next event. He suffered a shocking opening lap crash in the British Grand Prix, his Alfa Romeo flipped into the air after contact with George Russell, which sent him flying over a tyre at Silverstone’s Abbey corner. Thankfully he was unhurt and back to action at the next race.

Following another points score with 10th place in the Italian Grand Prix, which ended a seven-race point-less streak for Alfa Romeo, Zhou was signed for a second season in F1.