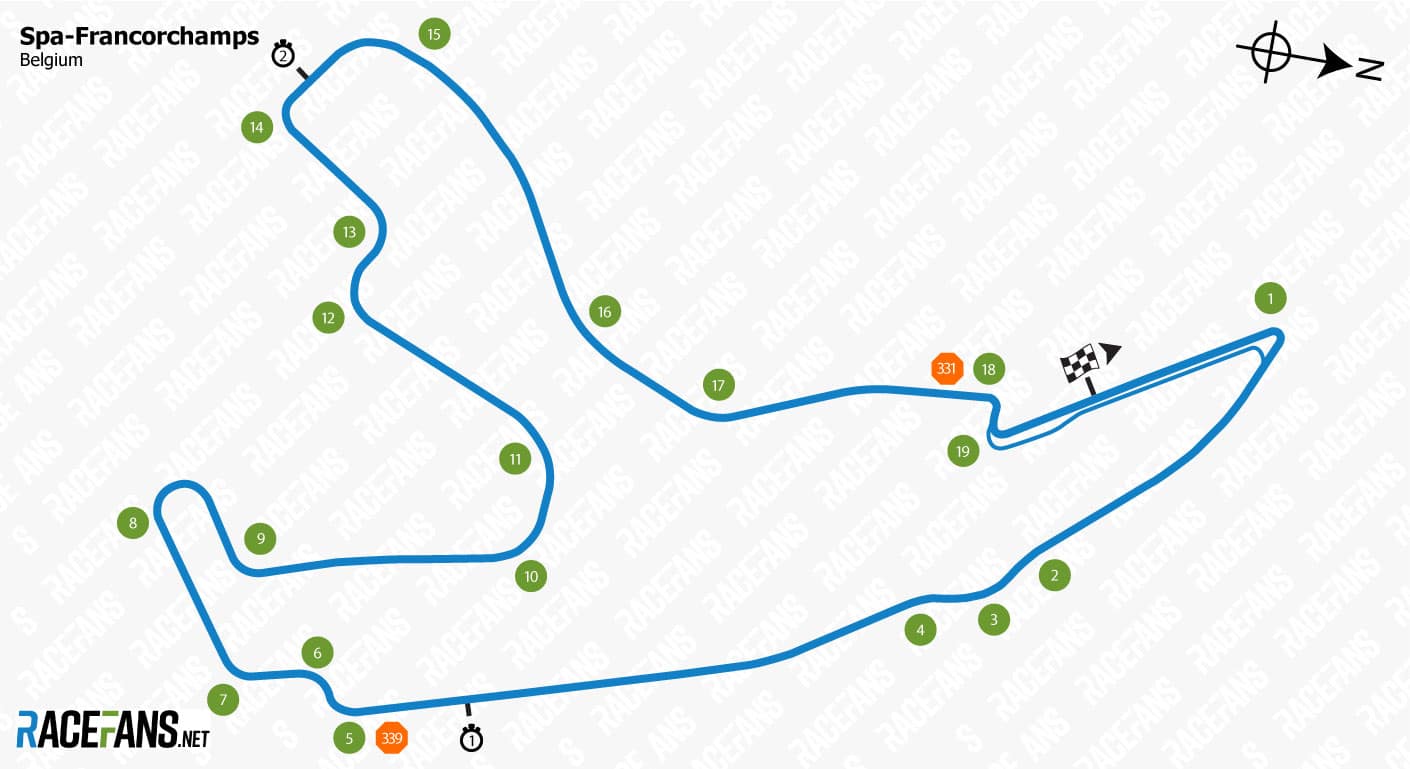 The original Circuit de Spa-Francorchamps was based on public roads running between the villages of Francorchamps, Malmedy and Stavelot in the Ardennes forest. Motorbike racing began at the track in 1922, and three years later it held its first grand prix.

It was part of the original world championship calendar in 1950, but even for its time the 14-kilometre long circuit was fearsomely fast and dangerous. Two drivers were killed in a single weekend in 1960, Chris Bristow and Alan Stacey perishing in separate accidents, while two others suffered major crashes.

By 1970 growing concerns over the frequency of serious accidents led to the circuit being removed from the calendar – Zolder and Nivelles held the Belgian Grand Prix in the meantime. Spa was restored in 1983 having been shortened, but while dramatic corners such as the Masta Kink and Burnenville had been lost other famous bends including Eau Rouge and Blanchimont remained.

The new configuration also added new high-speed turns which complemented the circuit’s character, including the tricky downhill double-left at Pouhon. Spa-Francorchamps has been the home of the Belgian Grand Prix since 1985, although that year the race was postponed from its original date when a newly-laid track surface broke up badly.

The impetus for ever higher safety standards has led to further changes since then. A major overhaul in 2007 led to yet another re-profiling of the problematic ‘bus stop’ chicane, and the run-off area at its many fast corners have been extended as far as possible. Further changes followed in 2022, extending the run-off at Raidillon, the scene of several serious crashes including one which claimed the life of Formula 2 driver Anthoine Hubert two years earlier.

Yet despite its dangers, Spa remains one of the most dramatic and exciting venues on the calendar and a favourite among many drivers.