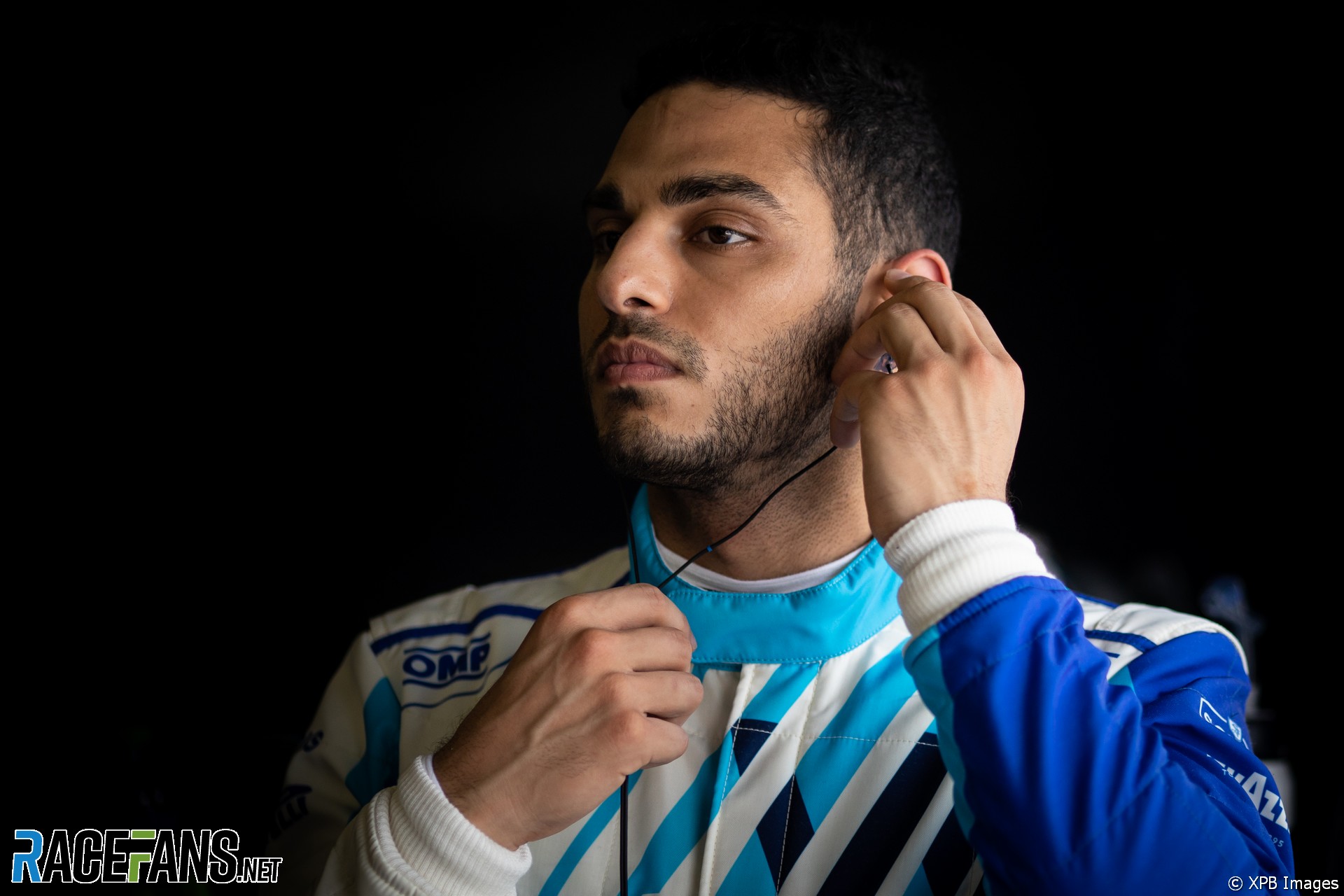 PHM Racing by Charouz, the new tie-up between Formula 4 team PHM and current Formula 2 squad Charouz Racing System, has announced its first drivers for next year.

Fifth-year F2 driver Roy Nissany will join the team after two seasons at DAMS, while Brad Benavides steps up after racing for Carlin in FIA Formula 3.

Nissany, a Williams junior, has been driving in the secondary tier of single-seater racing since 2015, with four wins from three years in Formula V8 3.5 followed by four seasons in F2 that have so far yielded one podium and one front row start, the latter achieved last time out in the 2022 season finale.

“It is a very good news that I will race with PHM Racing by Charouz,” said Nissany. “The tests we have done together last week showed some good potential, and I also have good memories from our previous experience together a few years ago [in FV8 3.5].

“I can’t wait to get back in the car and start this new adventure. Next season is gonna be long and demanding, and I’m already thrilled to race at those 14 amazing venues being part of the 2023 calendar.”

The 27-year-old made six Formula 1 practice appearances with Williams over 2020 and ‘21, but F2’s busy schedule prevented further outings this year. Williams is yet to announce whether Nissany, who collected a one-event ban during his 2022 campaign, will remain part of their junior driver roster for next year.

In contrast to Nissany’s experience, Benavides has only completed one full campaign in car racing in his career.

He made his single-seater debut at the end of 2018 by jumping straight into F3, then raced in Formula Regional with Fernando Alonso’s FA Racing team the year after but only did two-thirds of the Formula Renault Eurocup season.

A half-season in Formula Regional Europe two years later yielded no points, but stepping back up to the F3 level for the final three Euroformula rounds yielded Benavides’ first points in car racing and a best finish of sixth.

The American-Spaniard drove for Carlin in Euroformula and remained with the team for the move across into FIA F3 this year where he scored once en route to 23rd in the championship.

“I’m genuinely very motivated, happy, grateful, and completely dedicated so that this next year goes as well as possible,” said Benavides.

“Until now, for me it’s been a path with great challenges. In the face of adversities my spirit is to fight and come out at the top, something that has best defined me in my career.

“I’m already concentrated on preparing myself in the best possible way before the season starts, looking to really maximize the time I’ve got.”

Often found in junior single-seater paddocks around Europe doing journalism and television commentary, or dabbling in teaching Photography back in the UK. Currently based...
Read more about Ida Wood, find all their articles and get in touch with them