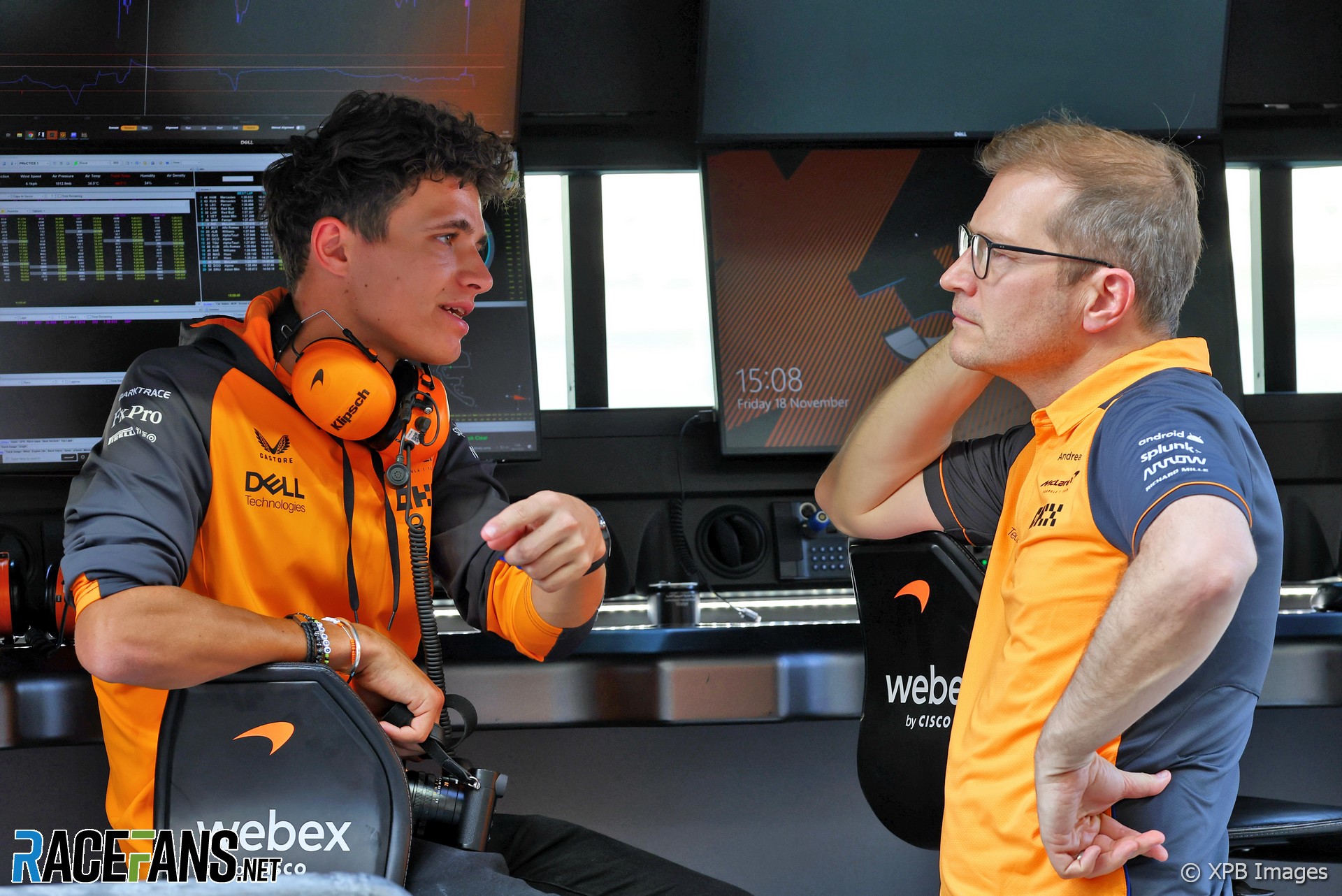 McLaren’s Lando Norris says scoring a single podium in 2022 “isn’t enough” for himself or the team.

Despite taking home his second highest points haul from a season in his Formula 1 career, and his second highest championship position, by finishing seventh, Norris could not match his achievements of the last two years, including four podiums and a second place in a McLaren team win in 2021.

Norris only finished in the top five in three grands prix out of 22 but took third place at the Emilia Romagna Grand Prix. Asked if being the only driver outside of Red Bull, Ferrari and Mercedes to score a podium meant anything to him, Norris said “a little bit”.

“One time isn’t enough for me. It’s not a good enough job by the whole team and again, all of that is down to the car we’ve had. So everyone’s working hard now, everyone knows that, it’s not like it’s a new thing.”

Norris scored over three times as many points as team mate Daniel Ricciardo, who only finished in the top five once all season. Norris ended the year with sixth place and the fastest lap at the Abu Dhabi Grand Prix.

“We know we’ve had a very tough season, we found it difficult, we’ve been quite up and down,” he said. “We’ve had a weekend like here where we’ve been quick and then we were in Brazil, which is one of our worst weekends of the whole season.

“So we’ve had one of the biggest lows and then maybe one of the best highs of the year in the final two weekends. A lot of understanding [needed] still for us, a lot of learning, we need to take a step next year.”

Often found in junior single-seater paddocks around Europe doing journalism and television commentary, or dabbling in teaching Photography back in the UK. Currently based...
Read more about Ida Wood, find all their articles and get in touch with them