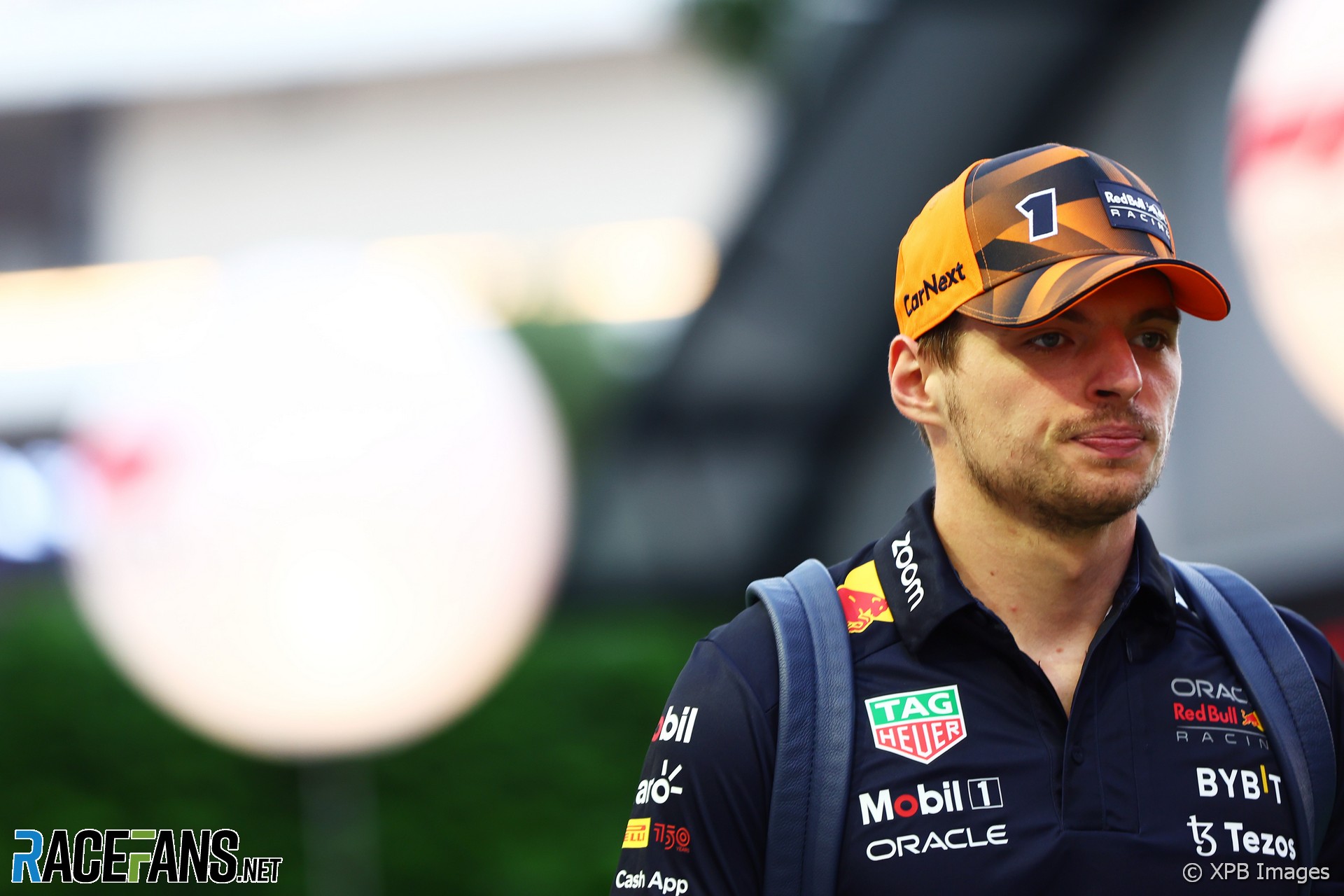 Several of Max Verstappen’s rivals have praised his performances this year as he arrives in Singapore able to clinch his second world championship with five races still to run.

With little chance Charles Leclerc or Sergio Perez will overturn Verstappen’s lead of well over 100 points, several of his rivals offered praise for the job he’s done in making the championship a foregone conclusion.

Verstappen has won the last five races in a row, though he only started one of them from pole position. Other victories came from seventh (Monza), 10th (Hungaroring) and 14th (Spa).

“It’s a very impressive season,” said Esteban Ocon. “Especially I think the way when Max was starting in the back and just flying through the field, I think this has been quite impressive in terms of just like first lap, knowing where to place the car.

“I think he’s been on top of his game this year. So once he wins the title, congratulations.”

The season did not begin well for Verstappen. Two retirements in the first three races left him 46 points behind Leclerc. However he quickly caught, passed and pulled away from his rival.

“What he’s done is quite impressive,” said Haas’s Mick Schumacher. “He’s had a tough start to the season but then turned it around pretty well with Red Bull and definitely it seems to have worked out for them.”

Lando Norris said Verstappen is “obviously doing an incredible job” as he is poised to clinch his second title in a row. “The team have given him a very good car in order to do so.

“I think everyone kind of expects it as well, especially after last year, you see the battles that they had and how tough it is to produce a good car and to go out and produce these results every single weekend, especially when he starts last and still wins quite easily. It’s even good to watch when your when you’re in the car yourself. But well done to all of them.”

However Verstappen’s former team mate Alexander Albon pointed out “he would want us to wait until he wins before we comment about it.”

“But it’s obviously very impressive,” he added. “Also you have to give credit to Red Bull as well. I think they’ve been upgrading their car quite a lot through the year and they seem to have made a step. I don’t want to say they’re pulling away from the others but it seems like they’re clearly doing a very good job.”