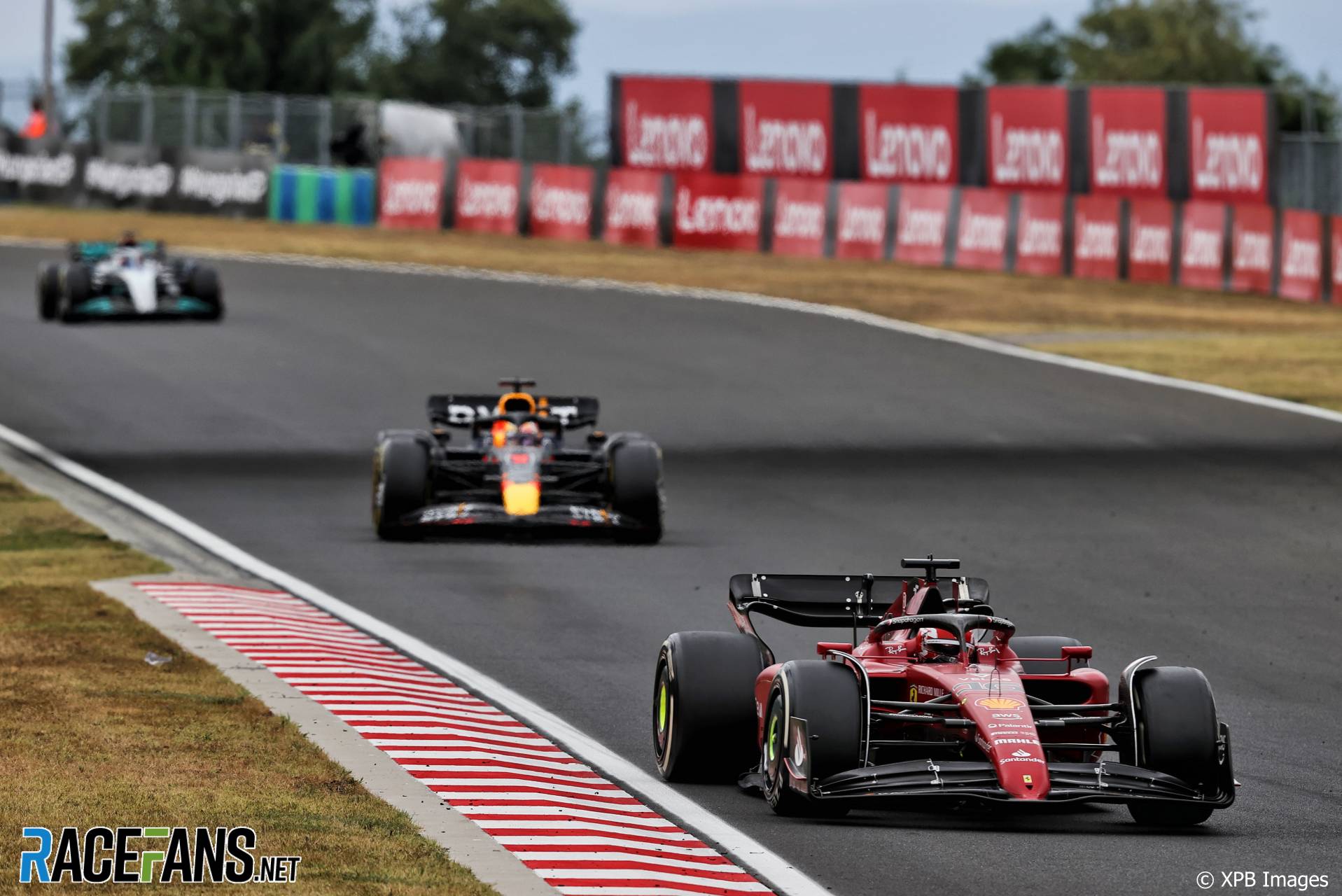 Ferrari team principal Mattia Binotto believes the team lost the Hungarian Grand Prix because they weren’t quick enough, not because of the team’s strategy.

Charles Leclerc passed George Russell on-track to take the lead of the race. He made his second pit stop on lap 39 and switched onto a set of hard tyres.

From there his race went downhill rapidly. Leclerc was unable to keep Max Verstappen behind and eventually had to discard his hard tyres and make a third pit stop for a set of softs, leaving him in sixth place at the finish.

Binotto said the team’s car wasn’t as quick as expected in Hungary and believes that, rather than the decision to switch Leclerc to mediums, cost them victory.

“What we were lacking today was really speed and pace,” he said in response to a question from RaceFans. “I don’t think we could have won today.

“The reason not, I don’t know, because it’s the first time in the first 13 races that we didn’t have the speed somehow to be there for the victory. So we need to look at first into that, performance-wise, to understand. I’m pretty sure that when we understand that we will understand as well why the car was not working properly.”

The team looked strong on Friday, when practice was run in significantly hotter conditions. “The car today was not working as expected and we didn’t have the speed we were hoping for, looking back at the pace that we had on the race simulation on Friday,” said Binotto. “Today certainly different conditions, a lot cooler, but overall the speed today was not great enough and whatever tyres we were using I don’t think that we were as good as we were looking for and hoping for.”

Switching to the hard compound tyres at Leclerc’s second pit stop amplified their problems, said Binotto. The team expected Leclerc would experience a brief loss of performance on the hard but soon be in a stronger position than Verstappen, who was running on mediums.

Ferrari did take note of the difficulties other teams, such as Alpine, experienced after fitting the hard tyres. “Overall the tyres didn’t work,” he said. “I know that they were not working as well on other cars. But still the analysis I made was based on all the data we had.”

“The main reason is not to look into the strategy but why the car was not as good as we were hoping today. It’s the first time in the first half of the season that the car is not as competitive as we’re normally looking for.”

Carlos Sainz Jnr completed the race in the other Ferrari without using the hard tyres and fell from second to fourth. Binotto said that shows the cause of the team’s problems was more than just the decision to fit hard tyres.

“Carlos was on exactly the same strategy of Lewis [Hamilton]. He was starting ahead but finishing behind and Lewis finished 10 seconds [ahead].

“So the car today was not performing well. And if the car is not performing then it doesn’t make the tyres working as well as they should, and certainly not the hard tyres.”