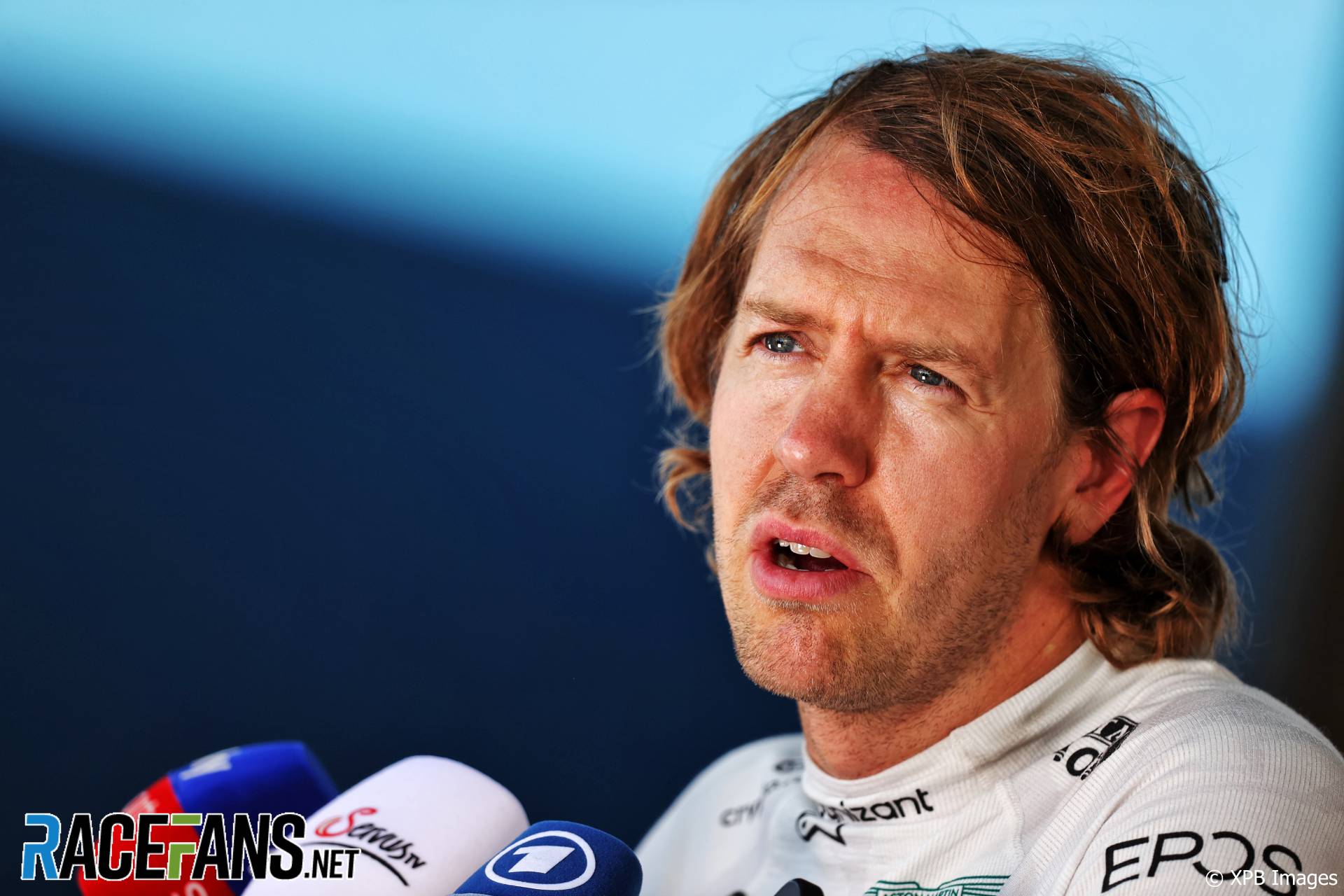 In the round-up: Sebastian Vettel praised the removal of sausage kerbs from Paul Ricard, saying they present an “unnecessary risk”.

Vettel was among drivers who petitioned to have sausage kerbs removed at Paul Ricard, saying they had no place at race tracks.

“At least they were taken away,” acknowledged Vettel. “It’s just unnecessary risk. We’ve seen so many incidences in the past with those sausage kerbs. So I think they shouldn’t ever come back.”

F1’s plan to have 100% sustainable fuel run in every car by the 2026 season has progressed to the laboratory stage, with 39 surrogate fuel blends being tested in a single-cylinder engine to replicate as closely as possible a potential F1 power unit.

F1’s managing director of motorsports, Ross Brawn, confirmed that the fuel will be synthetic, made from bonding hydrogen and carbon molecules to create an inorganic petrol. Carbon capture from the air can mean that, effectively, no carbon is added when it is burned.

“We’re working on an E-fuel where the carbon circle is completely neutral so the carbon utilised to produce that fuel is the same quantity as the carbon emitted from the internal combustion engine,” said Brawn. “It means that the engines do not add anything to the carbon dioxide in the atmosphere.”

German-Danish racer Oliver Goethe will drive for Campos at the Hungarian round of Formula 3 this weekend, replacing Hunter Yeany.

Yeany sustained a broken wrist during the first race of the Austrian round and was able to drive to the chequered flag but withdrew from the remainder of the weekend.

Goethe will be making his F3 debut, having previously driven in Euroformula Open and Formula Regional championships.

Red Bull driver Sergio Perez has launched Sergio Perez Team Mexico, to compete in the E1 Series powerboat racing championship. The newly-founded series was created by Formula E pioneer Alejandro Agag, which Perez said was a persuasive factor in him signing up.

“Given my relationship with Alejandro, I’ve kept a close eye on what he’s been doing and his various championships, and I think what he’s achieved with promoting more sustainable forms of motorsport is commendable,” said Perez.

“Seeing a racing team flying the flag for Mexico on a global stage will be amazing and I cannot wait to watch the RaceBird in action for the first time. I’ve heard lots of positive stories about the boat and the exciting sporting product E1 is trying to create for fans with city events.”

“For sure this will be a great challenge in my career and a learning experience,” Perez added. “I’m looking forward to getting started and helping to grow the fan base in Mexico and around the world.”

'I think the dream scenario would be to have at least two races in China and another in Asia in the next five years,' Brown told Xinhua in an exclusive interview.

That fifth win from five races gives Jamie a perfect 125 points so far this season and a 70-point lead over nearest challenger Abbi Pulling in the championship standings. At the halfway stage, the battle for second place is intensifying, as just 15 points separate Abbi and Emma Kimiläinen in seventh.

Junior French karting champion in 2019, Esteban became Formula 4 France champion in his first year of motorsport. He was discovered by the French Motor Sport Federation and made his debut in FRECA this year, a championship where he has steadily progressed from the start of the season to reach the top 10 in the last round at the Hungaroring.

We always endeavour to credit original sources. If you have a tip for a link relating to single-seater motorsport to feature in the next RaceFans round-up please send it in via the contact form.

The more I think of it, it feels Ferrari decision was right. Sainz was no more than 0.5s quicker than George / Checo on any of these laps. His average pace was probably only 0.2-0.3s better. He couldn’t have negated the five-second gap to either of them. Plus, it is not inconceivable that Ferrari were thinking that degrading medium tyres may have played a part in Leclerc error and hence, they wouldn’t want Sainz to also face the same issue.

What would have been fun is if they had continue to argue for another three to four laps and then pitted under VSC and then come charging back at George and Checo in the last two laps on a car almost two to three seconds per lap faster.
sumedh

Happy birthday to Spud and Mikef1!

On this day in motorsport

Hazel is a motorsport and automotive journalist with a particular interest in hybrid systems, electrification, batteries and new fuel technologies....
Read more about Hazel Southwell, find all their articles and get in touch with them