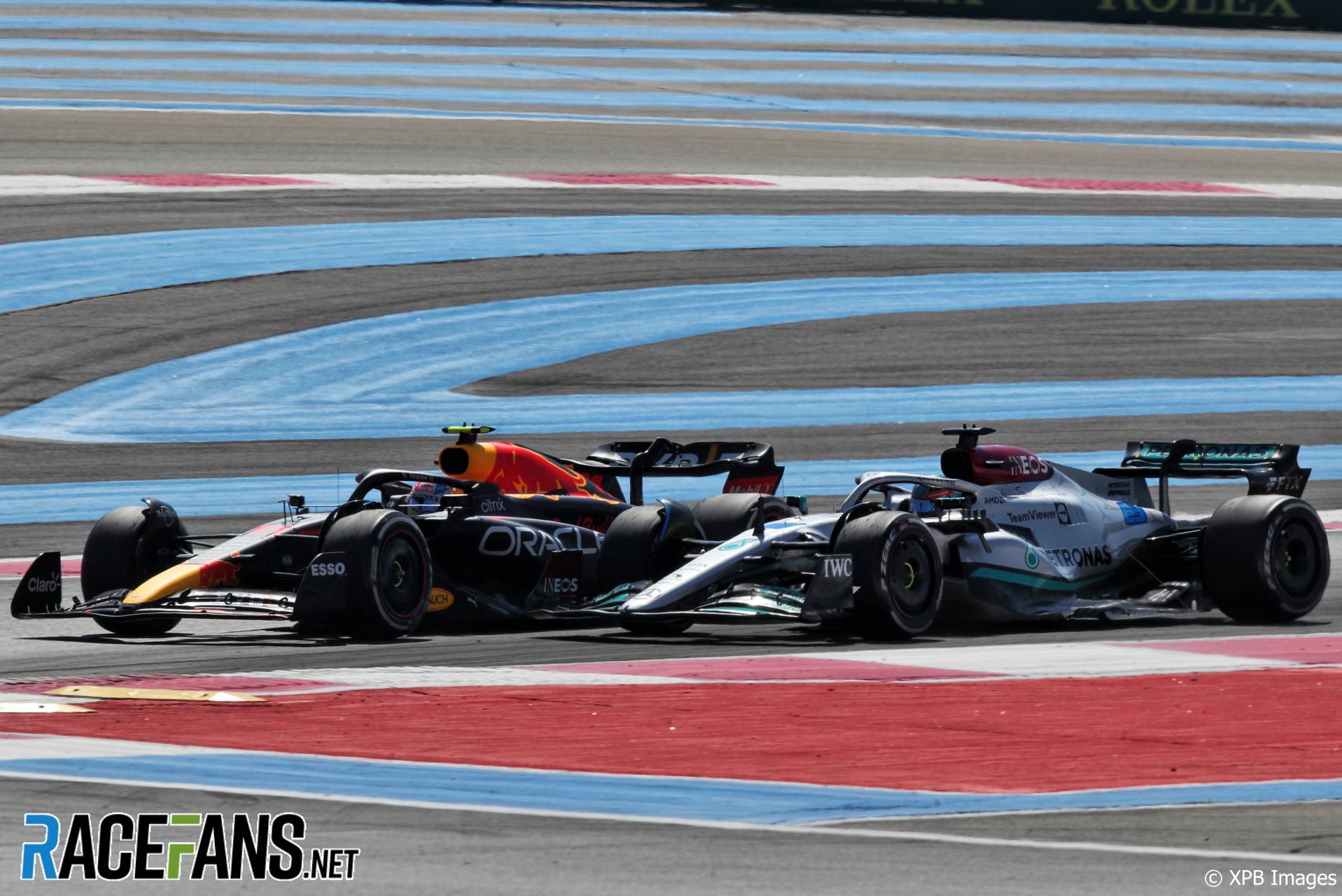 George Russell insisted Sergio Perez should have given up his position when he cut the chicane as the pair fought for position during the French Grand Prix.

The pair clashed for the second race weekend in a row when Russell tried to overtake Perez at the Mistral chicane during the race. Perez ran wide at the exit of the corner and maintained his position ahead of Russell.

Following a series of disputes over incidents last year, and wholesale changes to race direction after the controversial Abu Dhabi Grand Prix, drivers were given “non-binding” guidelines indicating how the stewards will judge the legality of racing manoeuvres.

Although Russell later successfully passed Perez following a Virtual Safety Car period and finished ahead of the Red Bull, he said after the race he was “pretty disappointed not to be able to keep that position.”

“I thought it was my corner,” he explained. “I was down the inside, I had my front wheels in front of his rear wheels.

“To the letter of the law, it was my corner and he squeezed me a bit onto the kerb. He went wide and kept his position.

“I guess we’ll talk about it after but nevertheless, you know, these things have a way of working themselves out and the VSC restart was pretty tasty.”

However Perez said he had to cut the corner in order to avoid making contact with Russell.

“If I don’t cut the corner we would have retired both cars, basically,” he said. “He just went for it and we even did contact. I was ahead and he was out of control so I had to escape.”