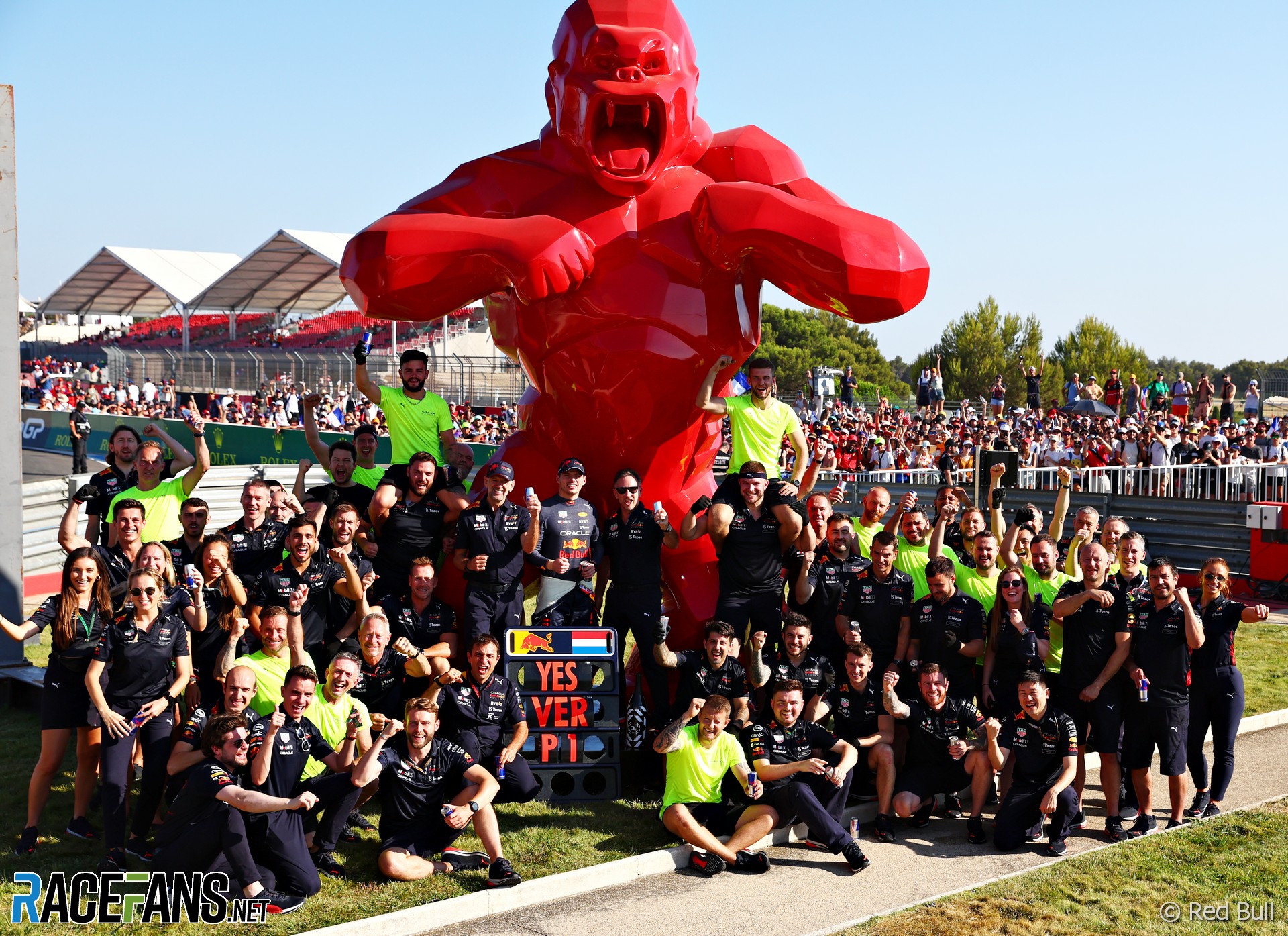 Red Bull and Max Verstappen’s mid-season lead in the Formula 1 championships is ‘beyond the wildest expectations’ of team principal Christian Horner.

The team scored their eighth victory of the season yesterday, seven of which have been taken by Verstappen, who now enjoys a 63-point lead over closest rival Charles Leclerc in the drivers championship.

Red Bull are also on course for their first constructors championship victory in nine years, holding an 82-point lead over Ferrari.

Having fought Mercedes until the final race of last season in both championships, Horner said he never imagined his team would begin 2022 so strongly.

“If you had told me going into Christmas last year that with the biggest regulation change in 40 years, with the effort that we put into last year’s championship, that we’d be sitting here with eight grand prix victories, two sprint race victories, and leading both championships by [63] and 82 points, respectively, that would have been beyond my wildest expectations,” he told media including RaceFans at Paul Ricard.

Horner believes every other team made an earlier start than Red Bull in committing their full resources to designing cars for the drastically revised technical regulations introduced this year.

“I think that it really is testament to the determination, the dedication and the hard work that has gone on behind the scenes within the factory now. We’ve seen Ferrari very competitive also this year, we see others, Mercedes for sure are gathering momentum.

“But considering we were probably the last team to transition fully onto this car, it’s been a phenomenal job.”

Leclerc took points off Verstappen in the British and Austrian grands prix and was leading yesterday’s French Grand Prix until he spun into a barrier. “It’s important on a day like today that you’ve got to grab the opportunities and I think we’ve done that today and it’s very important for the championships,” said Horner.