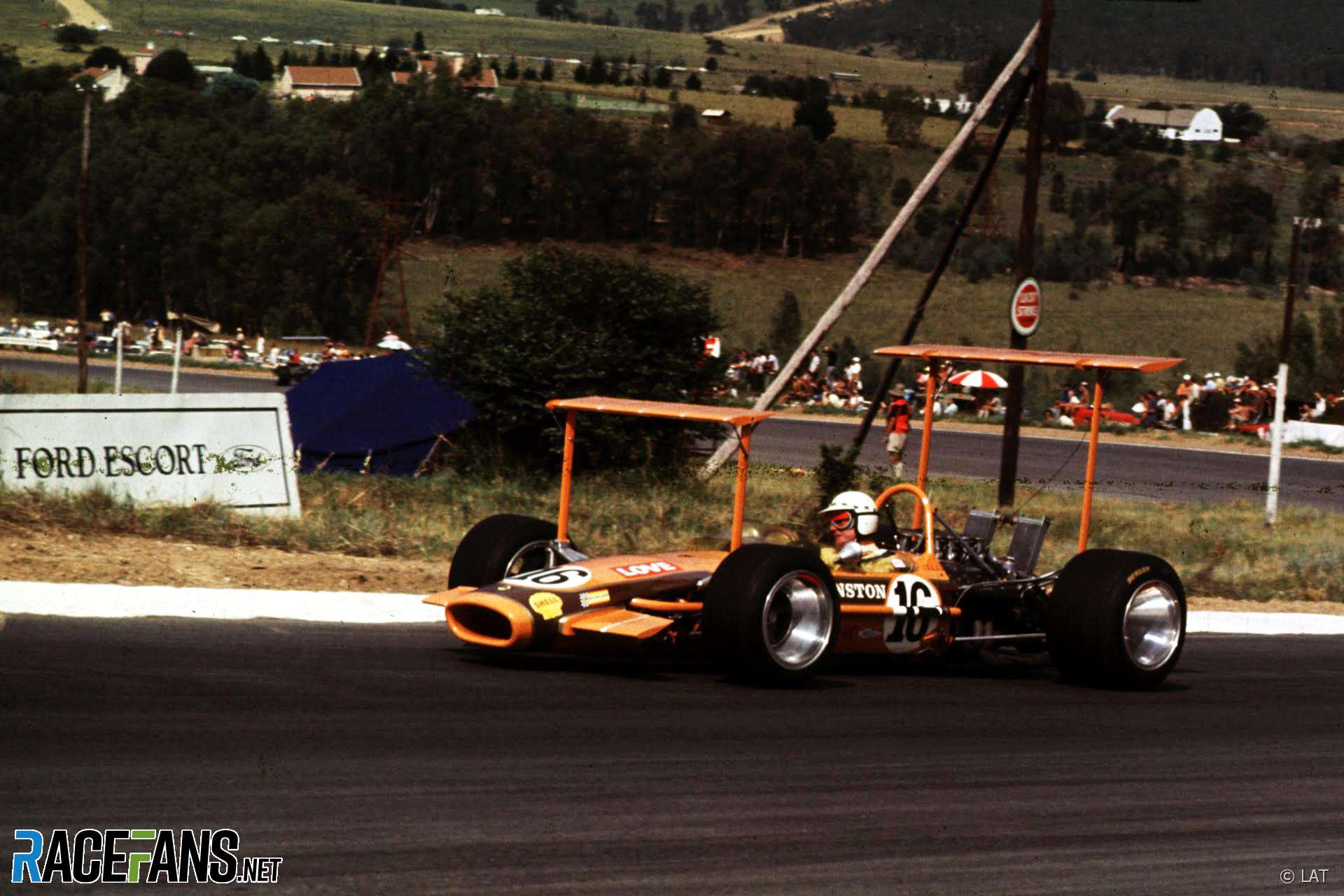 Dan wrote in with a straightforward question and a fun one to get my teeth into: “What do you consider the most glorious period in Formula 1 history?”

You’ll note that some periods overlap as ground effects cars were powered by both naturally aspirated and turbo engines – both engine formulae ran in parallel at various times – while the exact cross-over of driver periods can be somewhat hazy. However, that is how I recall the different periods.

Singling out a particular era is an almost impossible task as they all delivered scores of memorable races staged on some of the sport’s most challenging circuits. In the process, F1 feted great champions driving some incredible cars designed by supremely gifted engineers and build by dedicated technicians.

Can the Clark era, epitomised by lightweight 1500cc cars best driven with deft touches, realistically be compared with the sideways brutality of the turbo years, or the death-a-month 3.0 litres formula? Or the hybrid era with the Vettel’s V8 reign?

Naturally, choosing ‘the most glorious period in F1 history’ boils down to subjectivity in selecting the period that seems rosiest when viewed through retro spectacles. The 3.0-litre formula keeps recurring in my mind – not only because the path my personal and professional lives took were ultimately dictated by that era: I vowed that by hook, crook or fluke I would be a part of this wonderful circus, no matter how tiny the part.

Looking back I continue to marvel at not only a generation of drivers who regularly stared death straight in the face simply to experience the unbridled thrill of racing in daftly dangerous times – for an impressionable teenager that was glory personified – but at the sheer creativity of a school of engineers who applied seat-of the-pants engineering to deliver arguably the most disparate grids in the history of the sport.

Consider: that era saw H16s take on V12, flat-12 and V8s – all won on occasion – while wings went crazy, eventually reaching biplane proportions. Aluminium gave way to composites, carbon brakes replaced iron rotors; tyres grew ever wider and slicker. The whines of jet engines mingled with the howl of V12s, yet humble V8s – based on two Ford inline-4s mated at 90-degrees – took the flag (a real one, back then) most often.

The sheer variety of technologies was simply staggering: tea-tray front wings, wedges, bulbous flanks, kettle -like intake scoops, low skirts, 4WD, six wheels – four upfront or rear. Drivers trusted whatever they were given, then strapped themselves in without whimpers. Sometimes it went wrong – too often tragically so – but they accepted the risks and went from race to funeral(s) of fallen comrade(s) and back to race.

Who can forget Stewart’s mane, James Hunt’s antics, Keke Rosberg’s swashbuckling bravery, Lauda’s scars or Jochen Rindt’s courage; or ignore circuits such as the ‘green hell’ Nürburgring Nordschleife and eight-mile Spa? Check out the sheer drops bordering Clermont Ferrand – by comparison Suzuka seems surgical-sterile. Teeming rain? Bring it on – and they raced for a comparative pittance in exchange for the sheer thrill of doing so.

This was an age when smoking was glamorous, and F1 cars seemed all the more glamorous by association. It was the age of space exploration, and we measured the antics of our heroes against the feats of such as Neil Armstrong. Sure, he’d been to the moon and back, but the odds were he’d be slow in an F1 car…

Over the years I’ve been honoured to meet many drivers spanning all eras, yet when I’ve stood before those who lived through that glorious 3.0 litre era I’ve done so with a little more respect, felt just that bit more reverential. Simply glorious.

57 comments on “What was the most glorious period of F1 history?”