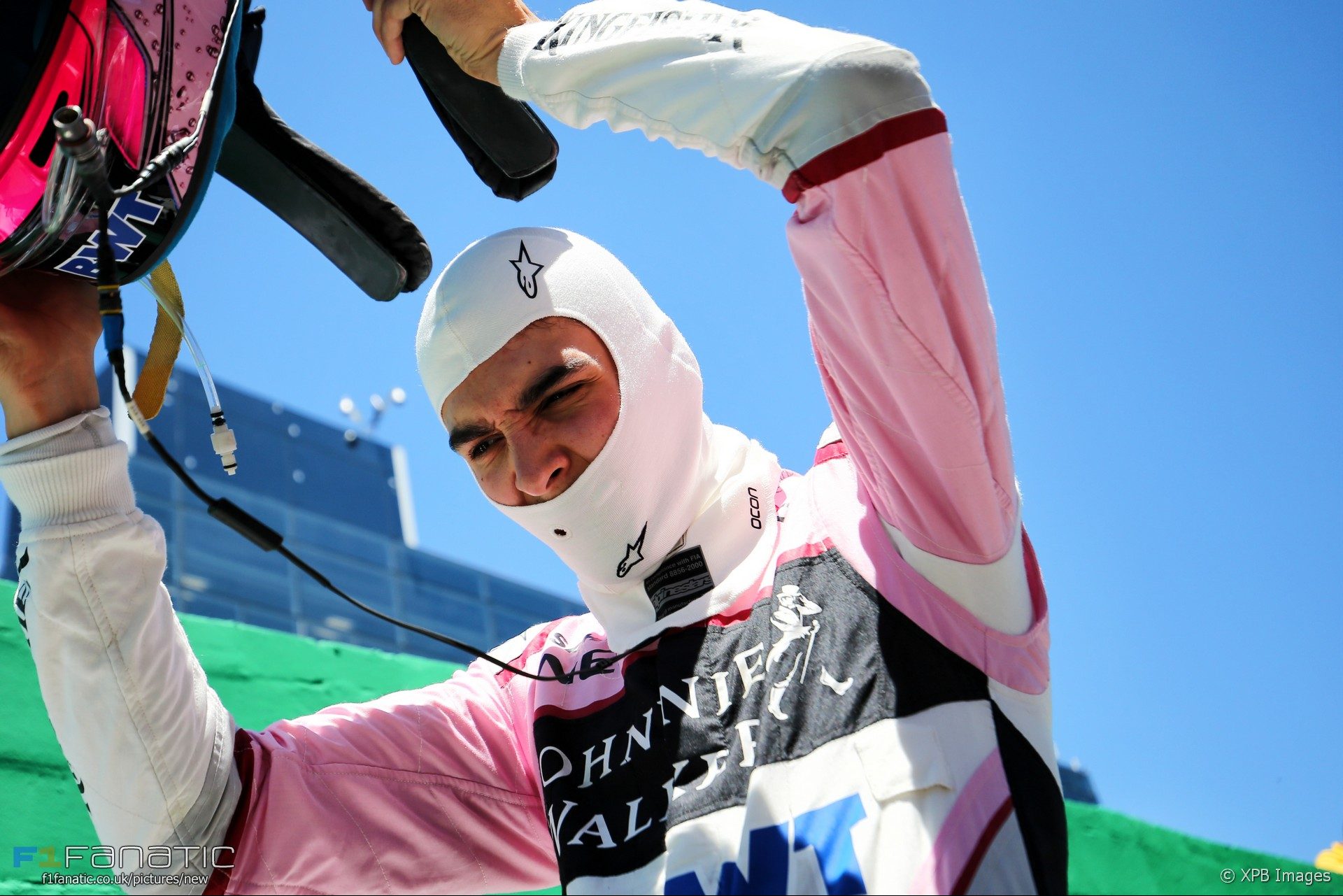 In the round-up: Mercedes executive director Toto Wolff want to see Esteban Ocon raise his game in his second full season of Formula One.

"Next year he has to take the next step and improve this performance. He is incredibly consistent, makes few mistakes and has great speed."

"The idea that grid girls put off women drivers is baloney."

Ecclestone quizzed in police station as part of £1bn tax probe over his £2.5billion empire (The Sun)

"This is the first time he has been called in to face taxmen at a police station. It signals a significant move by HMRC in their long-running battle with Bernie."

"Even trimming a bit of downforce off the car and trimming to a lower wing level, we were still not going to get our car to the point where we have that raceability in a straight line."

Enemies on the F1 track, friends off it - Ferrari and Mercedes the key dynamic (James Allen on F1)

"But Ferrari have been more forthright in some of their actions too; for example Sean Bratches oversaw a bidding battle last year between Amazon Prime and Netflix for a new behind the scenes F1 documentary series. Netflix was chosen, but the word is that Ferrari aren’t playing. Mercedes will only feature in a limited way."

No more grid girls at Formula One? Next they’ll enforce speed limits (The Guardian)

"it’s hard, as a woman, to know whether to burst with pride over this hitherto unsung contribution or to ask why the grid – whatever that is – should be so excessively small, or hard to spot, that drivers are unable to get on and off it without the orientation offered by young women in tight clothing."

That’s right, sack the poor grid girls — only the rich are entitled to flaunt their bits (The Times - registered)

"I was fascinated to hear what F1's 'brand values' actually were, as I can't think of an industry more predicated on naked curves and the ogling of giant pneumatic breasts than the gas-guzzling, sock-on-the-head git circus that is automotive racing."

The NFL has among the most equitable pay distribution in major sports leagues; little difference btwn best & worst paid teams (1.4 to 1). That, plus draft & 'randomising' factors such as fixtures and play-offs add to 'fairness', and 8 diff winners in 10 yrs. pic.twitter.com/SC3Z2ke6xR

This weekend’s Caption Competition was won by @Scalextric: Thanks to everyone who joined in and special mentions go to Roth Man, Gyllias and JackySteeg for their excellent suggestions.