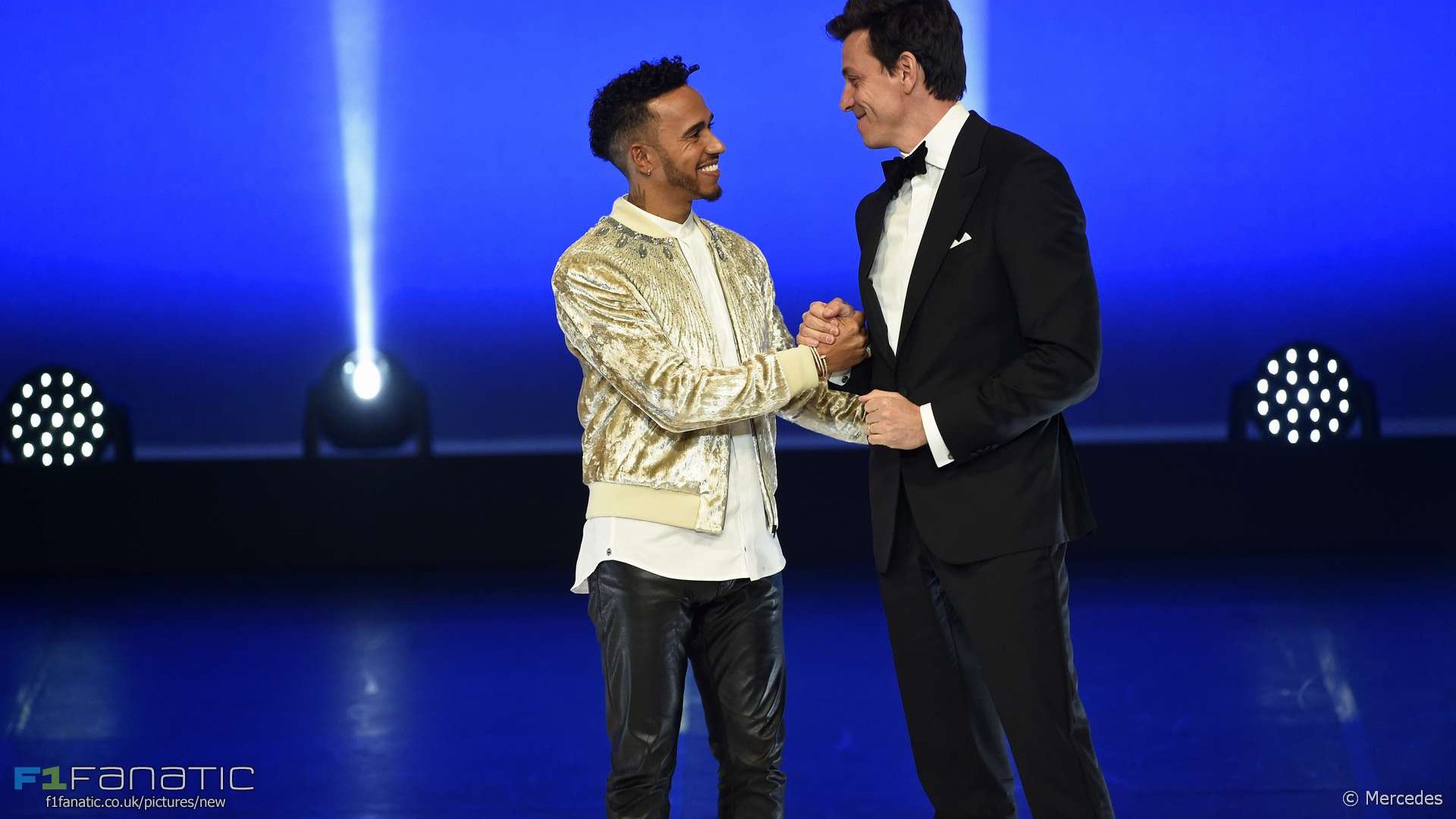 In the round-up: Mercedes executive director Toto Wolff says it is “just a matter of time” until a new contract is signed with world champion Lewis Hamilton.

"The discussions are ongoing and a very positive mindset, it is just a matter of time when we seal it and put a signature with the document."

"The key things for me is already you've got McLaren who are a key championship contender and Renault as a constructor should be able to beat somebody like Williams. Where does that fall within where you are in keeping the momentum?"

"The engine was 2016, but the handicap was only a couple of tenths."

"Let's take the successful women in the sport and make role models out of them to inspire others. Let's get school girls around an F1 show car and allow them to dream. Let's increase the talent pool of girls and women entering the sport."

"We're glad to welcome F1 to the 21st century. Formula E stopped using grid girls last year already, but we just didn't feel the need to shout about it."

Melinda Messenger: "I personally had a great time, I made some good money out of it, I had fun but really, looking back, essentially all I was there for was decoration and I think that’s the issue. I think we are changing and we’re moving forward."

F1 grid girl speaks: 'Not one of us think it’s sexist, exploitative or demeaning' (AutoWeek)

"It would be sexist if I were told that I could only be a grid girl because I’m a woman, but that’s not the case -- women are still doing the same jobs as men in motorsport."

Why F1 made the right decision about 'grid girls' (ESPN)

"Give these girls a voice and suddenly I don't have such an issue with their use. Let them become brand ambassadors and not just mute, pretty things to be stared at, but as the girls are currently used they don't have a personality, they don't have any freedom to interact with either the crowds or the stars of the show, the drivers."

"I wonder what the reaction would have been if F1 had just quietly done away with grid girls rather than making a big announcement. Would anyone have actually noticed if the grid lined up in Melbourne without grid girls? I highly doubt it."

"I’m not really a car man. I’ve never had a fancy car, and I’ve had a driver for 43 years. He drives an Audi A6 station wagon."

So the inevitable has happened, F1 gridgirls have been banned. Ridiculous that women who say they are "fighting for women's rights" are saying what others should and shouldn't do, stopping us from doing a job we love and are proud to do. PC gone mad 😡 #Gridgirls

Nothing to see here! Just a bloke dressed as Andrea de Cesaris waiting patiently for a bus in full nomex gear in 90 degree heat! 😂😱👏🏻 #SantiagoEPrix pic.twitter.com/4QEjykUS1k

Well. If F1 are pulling people off the grid, the next group to pull are the journalists! Sorry friends. But you absolutely DO NOT need to be there unless you're doing live tv or live radio. #f1 #f1gridgirls

Here's the problem with the "ask the grid girls themselves, they love the job" argument.

Businesses never make decisions like this: "Well, this service no longer benefits us, but at least the person we're paying is having fun." #F1

Can someone explain the following to me? "While the practice of employing grid girls has been a staple of Formula 1 grands prix for decades, we feel this custom does not resonate with our brand values and clearly is at odds with modern day societal norms." Glamour is part of F1!

The change in F1 race start times for 2018 is bad news for everyone’s favourite mighty pirate:

In Australia this puts many of the races beyond a live watch time window.

Previously you could watch a European race live and be in bed around 11:30pm. Do-able with work the next day. Now it will be finishing around 12:45am or later which puts the race and qualifying sessions out of a live watch window.

With streams available the next day, it’s time to cancel the pay-TV subscription.
Guybrush Threepwood