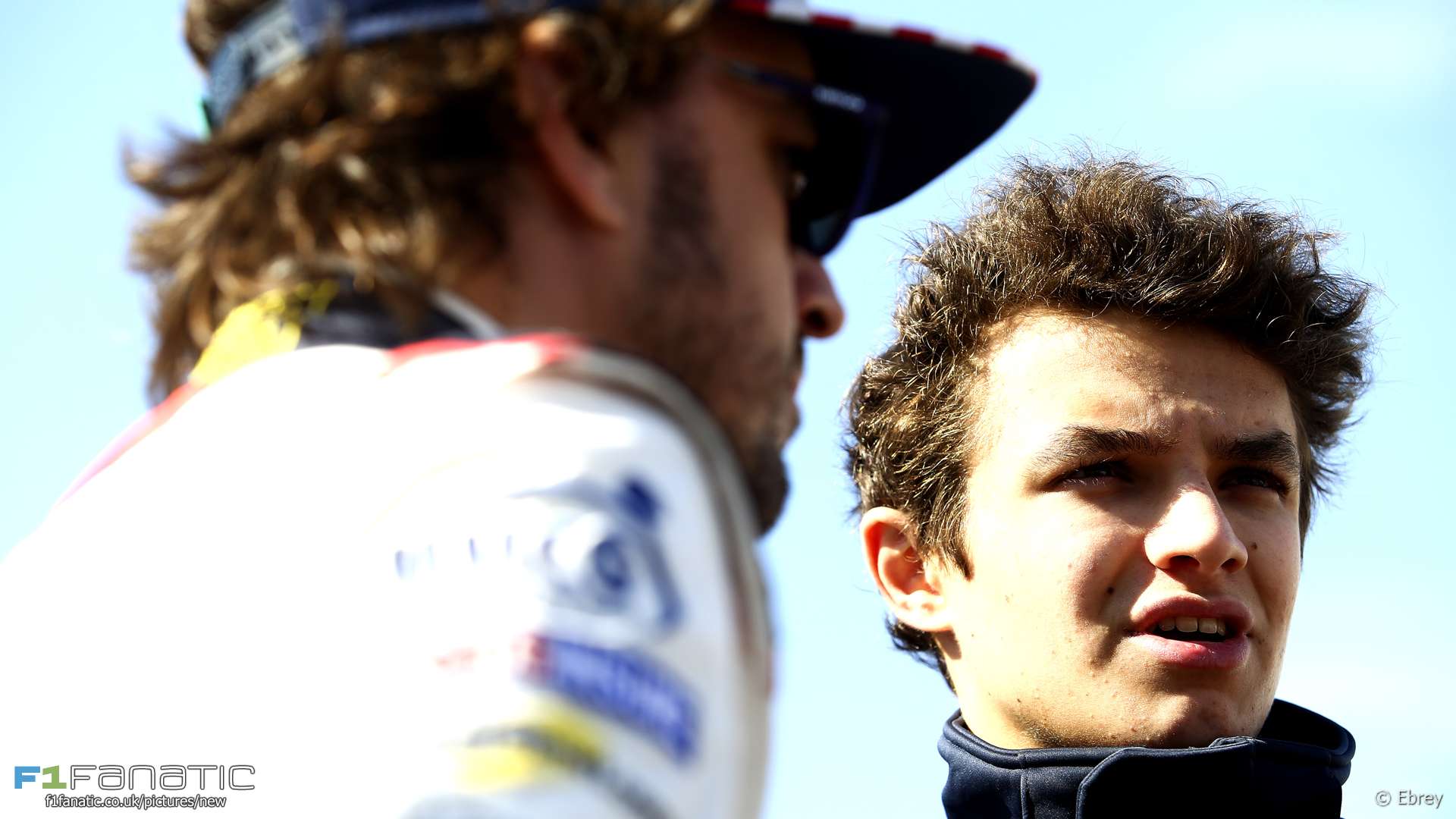 In the round-up: Fernando Alonso took note of Daytona 24 Hours team mate Lando Norris’s pace during the wet part of the race.

Don't miss anything from RaceFans - join us on Facebook here to see whenever a new article has been added:

"So even in wet conditions, his first time in a prototype, first time in Daytona, first time with Continental tires, he recovered 33 seconds in 20 laps or something like that. He is 18 years old, so that is quite impressive..."

"The buyer was rumoured to be Lewis Hamilton, the 32-year-old four-time world champion who idolised Senna. However, it is understood not to be him."

Ferrari defeat not down to Marchionne's management style - Wolff (Motorsport)

"It (Ferrari's style) works for him and I don't think you can reduce Ferrari's 2017 season, or the end of the 2017 season campaign, to pressure that was applied. I think this is oversimplification."

"He didn't win the championship because of this strange storm (that cancelled the Super Formula season finale), but he managed to get his team to the top. He was an absolute winner."

"If and when I ever do another 24hr, I'll be much more prepared as it'll be my second time. Now I think I can drive prototype cars at a higher level than two weeks ago."

"If more drivers had the same approach and attitude that Alonso applied to Indy and Daytona, NASCAR would be much better off."

My main take from Daytona was how good the IMSA app was for coverage. Could choose footage between the main coverage or five onboard shots, all for free.
Steven Robertson (@Emu55)