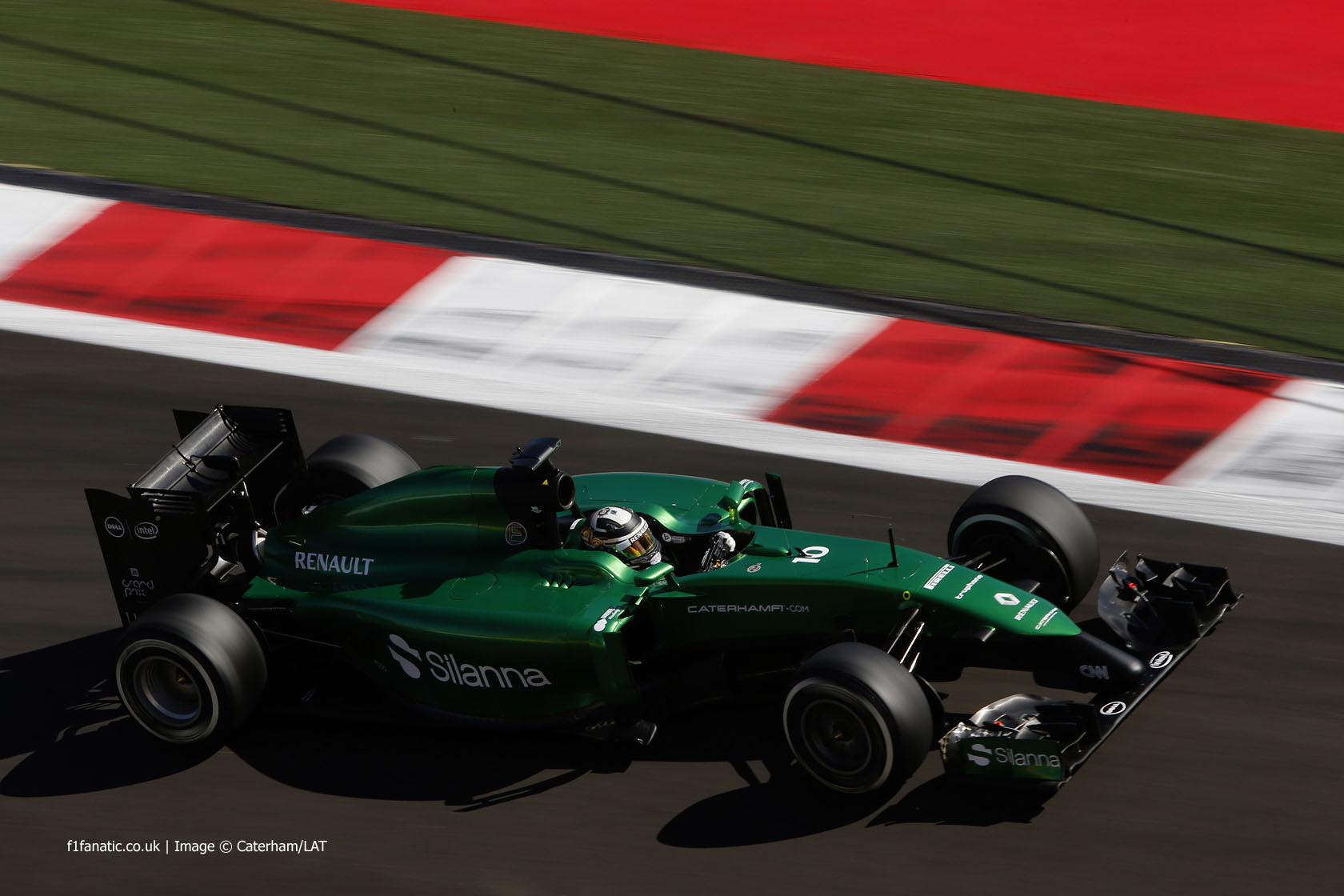 Caterham is now being run by the administrators appointed to handle the team.

Following a public dispute yesterday over control of the F1 team between former owner Tony Fernandes and Engavest, the company which purchased them three months ago, a brief statement today confirmed administrators Smith and Williams are now in charge.

However it remains to be seen if Caterham will be in position to compete in next week’s United States Grand Prix.

The statement from Caterham said: “Following a request of yesterday evening at 21.55hrs CET from Caterham Sports Limited’s administrators and the legal advisors of Mr Tony Fernandes’ related EXIM Bank, representatives of 1MRT/Caterham F1 Team have agreed, with all rights reserved, to hand over management of the Caterham F1 Team to the adminatrator Mr Finbarr O’Connell in the higher interest of allowing the team to continue operating and preparing for the next events.”

21 comments on “Administrators take over at Caterham”