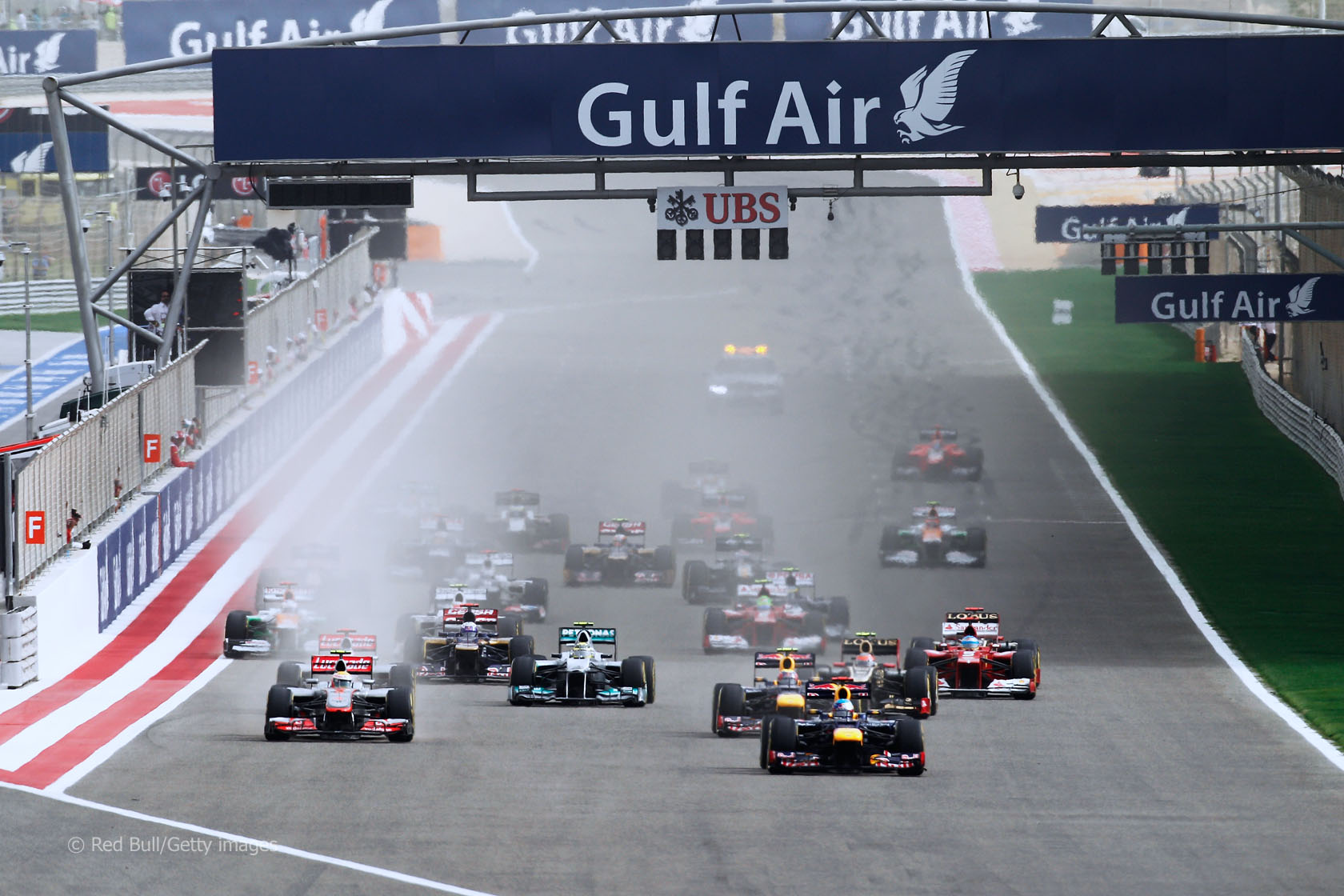 F1 gave the Bahrain regime a propaganda victory from the moment they arrived in F1 to put on a race billed as “UniF1ed – one nation in celebration”, until they left the circuit, passing banners bearing the new legend “UniF1ed – we did it!”

Last year the Bahrain royal family shelled out ?é?ú25m ($40m) for a race that never happened after pro-democracy protests were brutally suppressed. This year they were determined to get their money’s worth.

Eyeing a pay day estimated at $220m, much of which will filter its way back to them, the ruling royal family could afford to spare no expense when it came to security.

Those who came to race, and more importantly those who came to write about it, were cocooned in a Truman Show world into which Bahrain’s pro-democracy protesters could not intrude.

Clearly, some preferred life that way. The day after Bahraini protester Salah Abbas Habib Musa was found dead in a nearby village, Toro Rosso team principal Franz Tost lavished praise on those running F1 for keeping them from being inconvenienced:

“I want to thank his royal highness prince Salman Bin Hamad Al Khalifa crown prince, the FIA, its president Jean Todt as well as Bernie Ecclestone and the organisers, especially their chairman Zayed Alzayani for their work in ensuring this race took place. From our perspective, we encountered no problems, neither at the race track nor in Manama.”

After the race Force India deputy team principal Bob Fernley – whose own team members witnessed a petrol bomb attack – insisted that “the Bahraini authorities… have laid themselves bare to the world’s media. If that is not transparency, what is?”

In fact, they did nothing of the sort. The Bahrain government plainly wanted to restrict journalists to writing about how wonderful their race was and nothing else.

That much was made clear when a member of the ruling family and government spokesman Sheikh Abdul-Aziz bin Mubarak al-Khalifa tried to peddle the “transparency” line to one of the very news organisations his country had attempted to shut out:

The Bahrainis blocked the attempts of journalists to report the real situation in the country, while cosying up to those who kept their eyes fixed on the track.

But even those who tried to ask questions they thought the authorities would approve of were censured for not being sufficiently sycophantic.

Those media outlets which wished to see both sides of the story sent their F1 reporters beyond the confines of the paddock. It created friction between those who had seen what the Bahrainis wanted them to see, and those who had been out the examine the country for themselves.

“I like those who criticise journalists doing their job from the beach in Dubai and one, incredibly, who thought was all quiet from Starbucks,” said The Times’s Kevin Eason, the latter remark seemingly directed at an article by Joe Saward.

“They should be ashamed that they call themselves journalists. They treat the word with great disrespect. Apologist perhaps.” In light of the Bahrain regime’s blatant attempts to manipulate reportage of the event, claims by those in F1 that the media “politicised” the race don’t hold water.

F1’s presence was not wholly negative – it gave wider attention to the protesters and a chance to make their voices heard. But it was of far greater value to their oppressors, both in presenting a misleading view of life returning to normal in Bahrain, and in lining their pockets – all those security forces need paying for, of course.

The backing of F1 acts as an inducement for the Bahraini government to continue stalling the reforms its people are crying out for. By its complicity F1 endorsed the governemnt’s policy of repression.

If those responsible for the sport – be it Jean Todt, Bernie Ecclestone, the team owners or their employees – choose to believe otherwise, or insist it was merely a media creation, they are deluding themselves. To the rulers of Bahrain, the media were just another inconvenience to be manipulated.

F1 put on pretty little show without questioning why it was there or what its presence was being used for and spent a weekend in the service of a cruel and oppressive regime.

It remains to be seen where Bahrain will go from this. The hunger striker whose appeal was, quite cynically, scheduled for the day after the race, faces another delay in his hearing.

The authorities say they will investigate the protester’s death. A doctor who inspected they body unofficially found “shotgun pellet wounds, broken bones, friction burns and other injuries”.

Predictably, Bernie Ecclestone is adamant next year’s race will go ahead and the Grand Prix will remain on the calendar “forever”.

During the weekend Mercedes team principal Ross Brawn asked for a debate on their presence in Bahrain: “We are here now, and after this event we need to sit down and discuss it.”

Further developments over the next 12 months will be covered here.