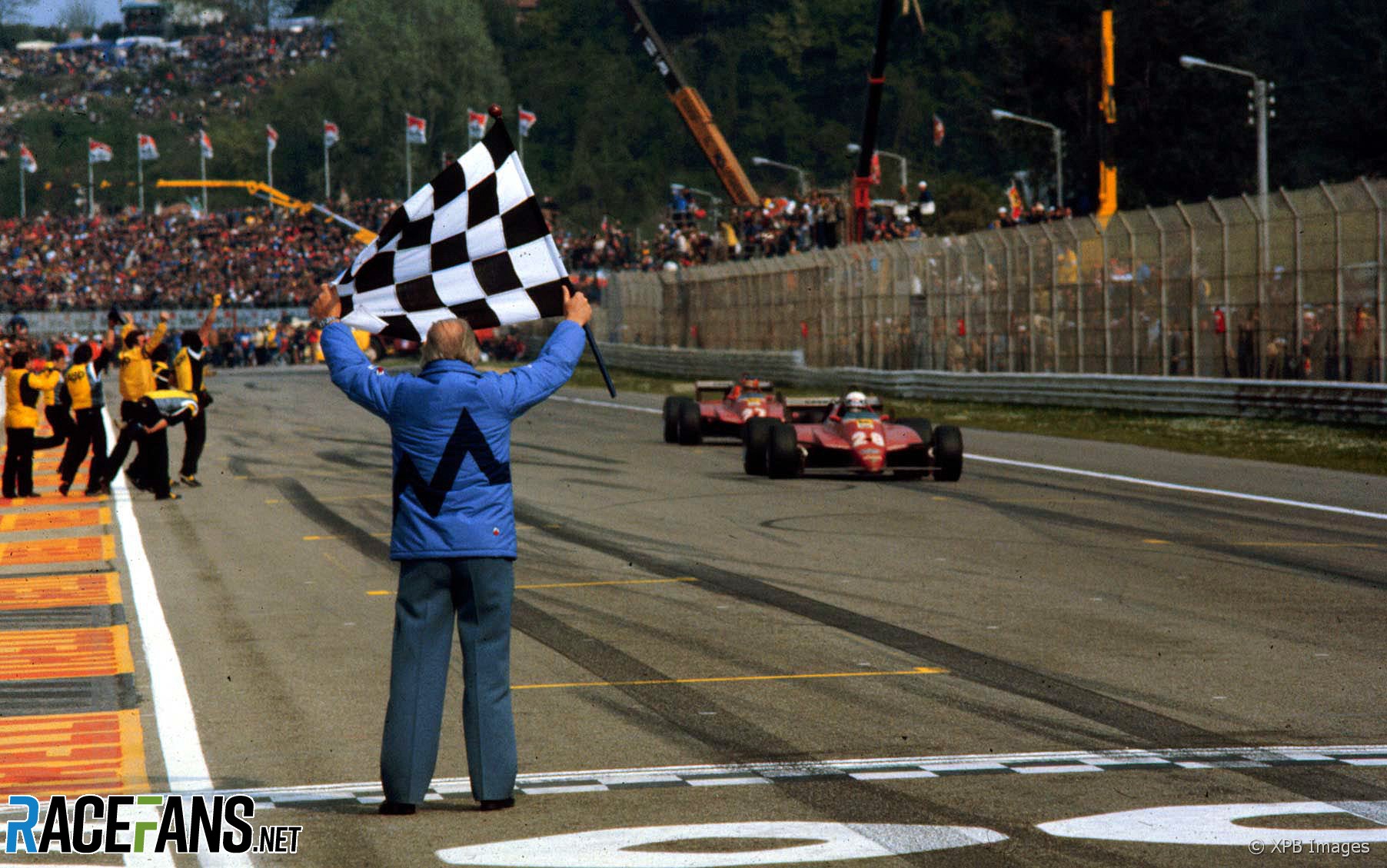 The rule banning team orders was introduced in 2002. We’d seen team orders used many times before then – but not always successfully.

Here are three drivers who refused to let their team mates pass – or overtook them when they weren’t supposed to. Food for thought for Felipe Massa?

The scenario at the 1981 Brazilian Grand Prix was simple. The two Williams cars led from the first lap, Carlos Reutemann ahead of Alan Jones.

According to Reutemann’s contract, should the pair find themselves in the lead of the race, Reutemann was supposed to let Jones win. The pair had swapped positions the previous year, in which Jones had won the world championship.

These being the days before pit-to-car radio, Reutemann was shown a pit board reading “Jones-Reut” – the 1981 equivalent of a cryptic radio message telling him his team mate was faster.

Neil Oatley was manning the pit board and was told several times by Frank Williams to display the order instructing his drivers to change places.

But Reutemann, approaching his 39th birthday and with his home Grand Prix coming up, decided he had other plans. He’d lost a win to Jones at Long Beach a few weeks earlier and wanted to keep this one for himself.

Peter Windsor, who was working for Williams at the time, shed more light on the situation last year in Maurice Hamilton’s book “Williams”:

In 1979 Carlos had a long talk with Gilles Villeneuve before Monza. He told Gilles [to] never play around with the world championship. ‘If you have a chance to win, take it. You’re not going to have many opportunities. Why would you want to give this race to Jody? Don’t even think about it.’

But that’s what Gilles did. And then he was killed in 1982. It upset Carlos a lot that Gilles gave the 1979 championship to Jody and then lost his life.

At that point, in 1981, Gilles was still in the shit and I think Carlos thought, ‘Well, I’m never going to let that happen to me. If I have a chance of winning the world championship, I’m going to take it.’ He knew 1981 was his big chance.
Peter Windsor

Surely the most notorious example of team orders gone wrong, because of its tragic consequences.

But on the fast Imola circuit with several long, flat-out sections, fuel consumption was a serious concern for the turbo-powered Ferraris. Both cars had been topped-up on the grid and, once their main rivals had retired, the Ferrari drivers were signalled to “slow”.

Believing that to be a signal to hold position, Villeneuve duly backed off – only for Pironi to storm past him. Villeneuve responded, matched Pironi’s lap times, and took the lead back.

Again he slowed, reducing the pace by around three seconds per laps – and again Pironi blasted by. The exasperated Villeneuve took the place back on the penultimate lap – only for Pironi to pass him for good on the final lap.

Villeneuve was seething – and his mood was not improved when the team initially refused to back up his story. It wasn’t until two days later that Ferrari issued a press release confirming Villeneuve’s version of events.

It was too late to prevent the mood between the drivers turning toxic. Villeneuve vowed never to speak to Pironi again.

During qualifying for the next race at Zolder Villeneuve, trying to better Pironi’s time, hit a slower car and crashed to his death.

Ferrari’s disastrous experience with team orders did not stop rivals Renault from trying to impose them too. But, in a repeat of what happened with Reutemann the year before, Rene Arnoux was having none of it.

Arnoux had been with the Renault since 1979 but found his place in the team threatened by Alain Prost who joined them in 1981.

By late 1982 he’d been without race win for over two years and when presented with the opportunity to end his losing streak in his home race, he decided to take it.

Leading by over 20 seconds, Arnoux repeatedly ignored instructions from his team to pull over. Afterwards accusations flew in all directions: senior figures in the team claimed Arnoux had volunteered to give up victory to Prost, which Arnoux denied, while Prost believed they had equal status.

There was little surprise when Arnoux left the team at the end of the year.

In an amusing coda to the story, Prost pulled in at a petrol station later that evening, where the attendant mistook him for Arnoux and congratulated him on beating “that little prick” Prost.

There are very likely more stories of ignored team orders that never came to light.

And by no means all team instructions come during a race – Lewis Hamilton famously ignored a request to let Fernando Alonso by during qualifying at Hungary in 2007, which had all kinds of ramifications.

What do you think of drivers who disregard team instructions like these? Whether you think they are entirely correct in protecting their own interests or selfishly putting themselves before their team is probably rooted in your philosophy of F1 racing. Share your point of view in the comments.

172 comments on “The drivers who defied team orders”