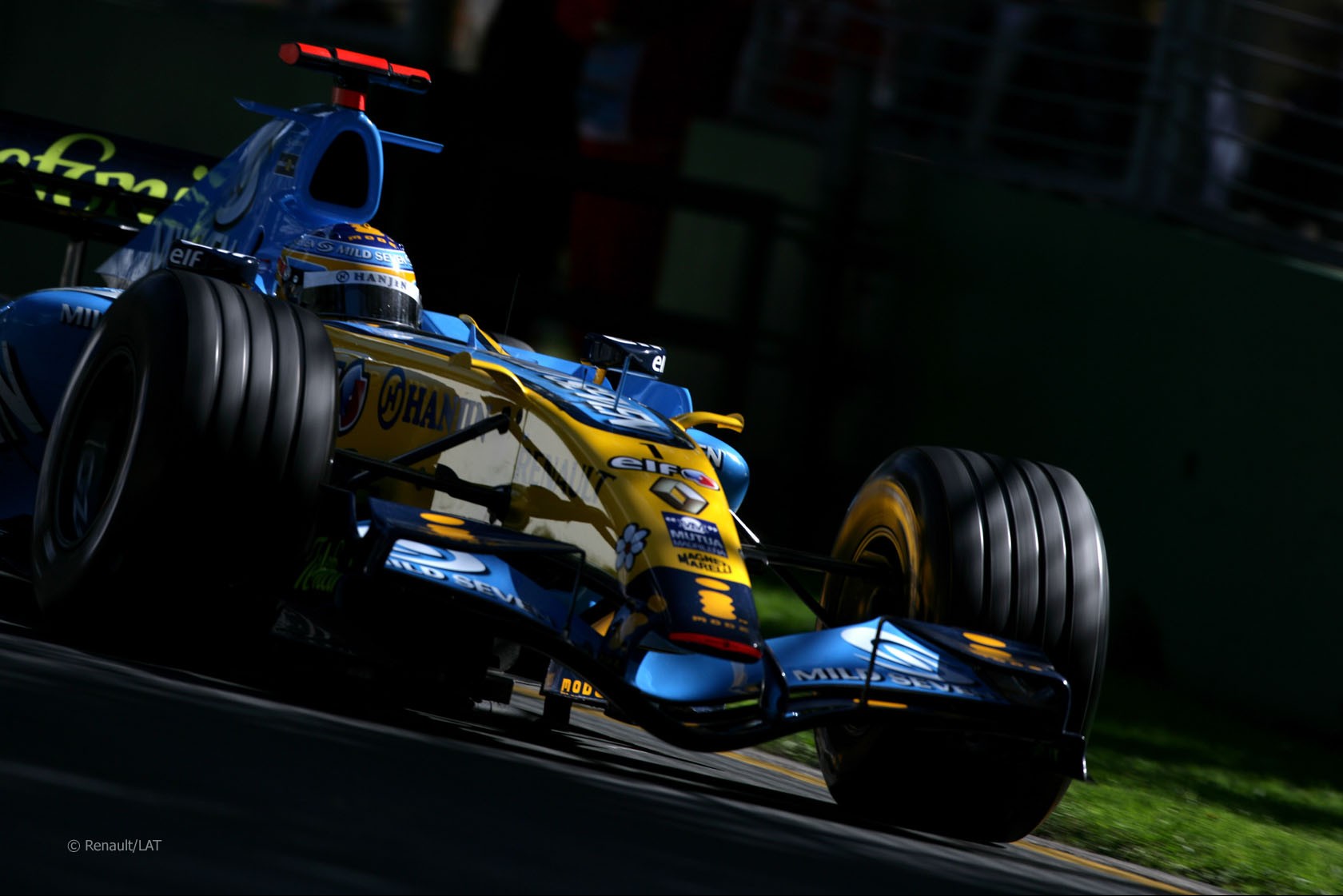 It put Renault’s championship defence in jeopardy and led some to question the impartiality of the FIA. Many suggested the governing body were trying to engineer a final championship victory for the retiring Michael Schumacher.

In a strange situation the FIA and their own stewards were at odds with each other over the system’s legality – which did little to persuade anyone that the banning of the system was fair.

Renault began developing its mass damper late in 2005 and was used on the R25 in the last races of the season.

Giancarlo Fisichella, Renault, Hockenheimring, 2006The system essentially consisted of a sprung weight enclosed within the car to dampen the pitching as it rode over bumps. Originally it was only used at the front of the car.

As is common practice with new technologies, Renault supplied the FIA with details of the system. The governing body agreed it was safe and legal to use.

Renault’s 2006 challenger, the R26, was designed with the system in mind from its conception. For 2006 the mass dampers would also be fitted to the rear of the car.

The dampers proved particularly beneficial on the Michelin-shod cars. Inevitably, other teams got wind of what Renault were doing and built their own copies. But none were able to find as much of a benefit from the system as Renault were.

At this point the politicking began. Renault made a strong start to 2006 and other teams questioned the legality of the dampers. The matter came before the stewards at the German Grand Prix who agreed that the system was legal.

Then, astonishingly, the FIA appealed against the stewards’ verdict. A date for a hearing was set following the next round in Hungary. Renault, wary of losing points if the system was ruled illegal, opted not to run the mass dampers in the meantime.

At the Hockenheimring their drivers struggled home fifth and sixth while Ferrari romped to a one-two.

This was surprising. Clearly, the device was internal and so did not directly affect the airflow over the car’s exterior. Indeed, it was hard to see how it was a moveable aerodynamic device any more than conventional suspension was.

Renault’s ire was compounded by the fact that the banning came during the summer testing ban, inhibiting their ability to test alternative parts. At the following round in Istanbul Ferrari raced with new extended brake fairings in the rear wheel hubs. Was this not a much more obvious example of a moveable aerodynamic device?

Renault claimed the loss of the system cost them 0.3s per lap. Over the final races of the season Ferrari were decisively faster than Renault, yet the French team still persevered in both championship battles.

How can the FIA can be happy to reinterpret rules in the middle of a season, potentially causing great problems for a team and throwing the championship into disrepute? How can they be content to publicly challenge the verdict of their own stewards?

The mass damper affair was another clear example of the flaws in the FIA’s system of technical protests.