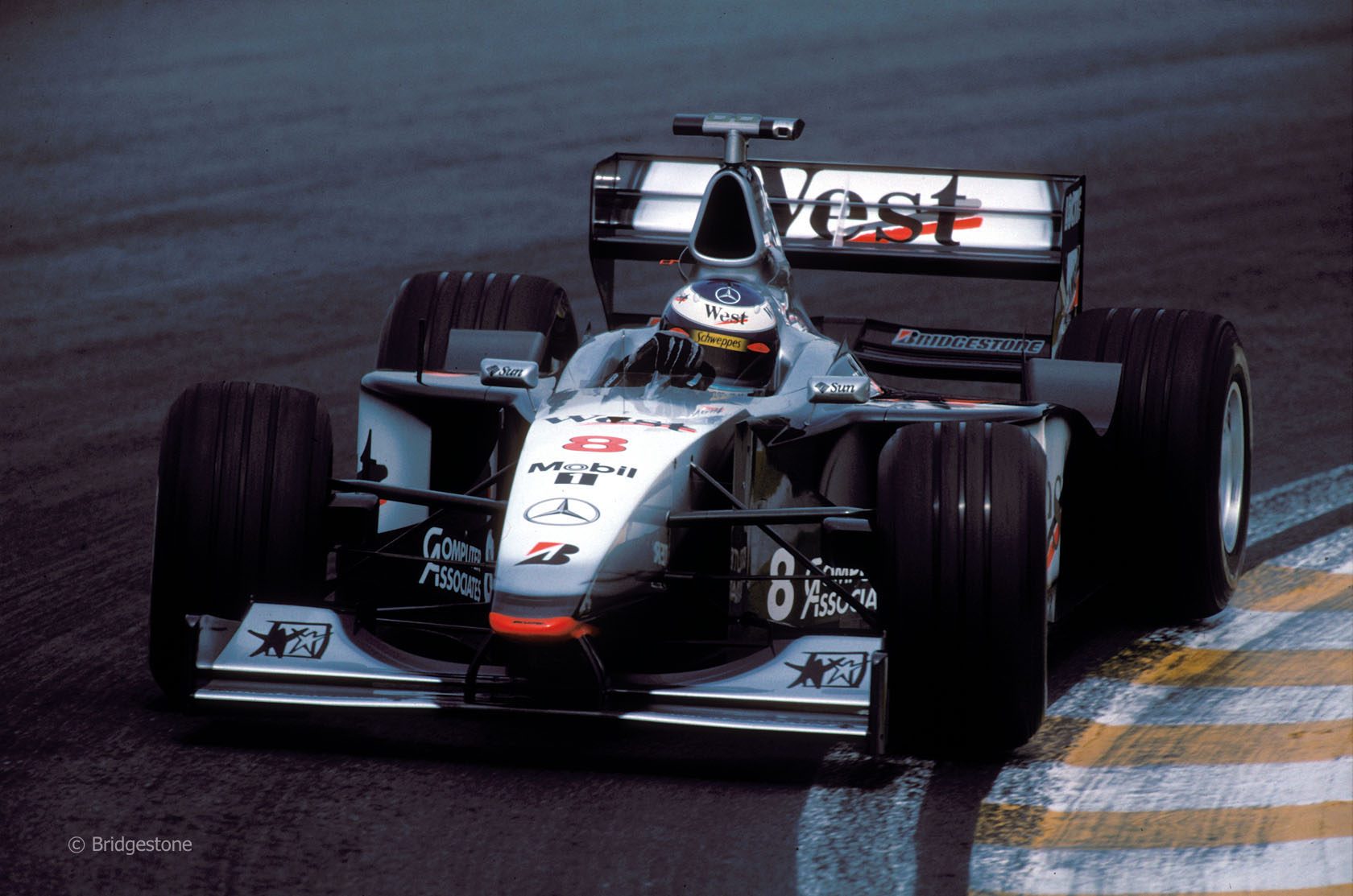 Of the dozens of technologies banned by F1’s governing body through the years, McLaren’s rear brake pedal stands out as one of the most unjust.

It was banned early in 1998 as McLaren made a stunningly dominant start to the year. Following a protest by Ferrari the system, that had previously been declared legal, was outlawed.

Many at the time suggested political motives were at work – and a desire to keep McLaren from getting too far ahead.

The 1997 Grand Prix of Luxembourg was held at the Nurburgring in Germany – a ruse to allow both Germany and Spain to have two Grands Prix – Spain also hosting the ‘European’ round.

It began well for McLaren with their two Mercedes cars leading ahead of the top brass from the German manufacturer. But it fell apart in the cruellest possible fashion when both David Coulthard and Mika Hakkinen’s cars ground to a halt on the start/finish line within a lap of each other.

Depressing as the spectacle was for Ron Dennis, he didn’t know things were about to get much worse. The cars stopped near photographer Darren Heath, who had been waiting for just such an opportunity.

He snuck over to Hakkinen’s car, thrust his camera deep into the footwell, and clicked the shutter repeatedly.

Foot operated clutches have been a thing of the past in Formula 1 for many years, so a drivers footwell typically only features an accelerator and brake. But Turner was expecting to see a third pedal when he had his roll of film developed – and that’s exactly what he found.

F1 Racing splashed the photographs all over their November edition – McLaren’s independent rear brake pedal had been rumbled mere weeks after it had first been pressed into service. The team had used it one week before the Nurburgring, at the A1-Ring, where sharp-eyed onlookers wondered why their cars’ rear brakes were glowing on the exit of some corners.

The pedal allowed the drivers to operate either of the rear brakes independently of the others. This gave them two additional means of controlling the car and improving the performance – by reducing either understeer or wheelspin depending on which wheel was braked and when.

It was an ingenious system that in one respect didn’t add any new functionality to the car, merely a new way of operating its existing braking systems. Nonetheless Ron Dennis was furious to see it exposed after such a short time in service.

McLaren continued with the system in 1998 by which time they had leapt from front-of-midfielders to runaway championship leaders. Now their immediate rivals – chiefly Ferrari – protested the rear brake pedal on the grounds that it was primarily a steering system.

Although the system had previously been passed fit to race by Charlie Whiting the stewards at the Brazilian Grand Prix – the second round of 1998 – ruled against the rear brake pedal.

It was unsavoury to see a perfectly valid system banned on such a dubious technicality when it had been declared legal on other previous occasions. But it was not the first nor the last time that it happened.

It did not stop McLaren from running away with the Brazilian Grand Prix – or from winning both championships that year.